K8 Hardy’s OUTFITUMENTARY screened as part of the FILM + MEDIA SCREENING SERIES on Tuesday, March 8. It was then followed by a Q&A with K8 and Michelle Handelman.

“In 2001, artist and filmmaker K8 Hardy set out to document her daily outfits on video. Over an eleven-year period, until the camera broke, she captured these outfits – and outfitting- on a fairly consistent, if not daily basis. She used the same shitty, mini-DV camera and filmed in ever-changing living spaces and art studios in New York. What emerged is a record of the way a young, lesbian feminist dressed and styled in her “coming of age” and an examination of coded fashion statements.” 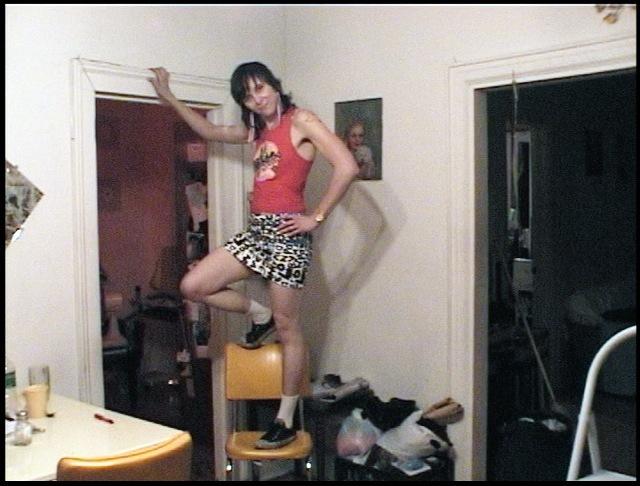